What will you learn?

The conference brings together researchers, clinicians and managers from around the world who are engaged in the design and delivery of integrated health and social care.

Watch the conference LIVE and on-demand

We know by filming #ICIC18 it will provide inspiration & education to those that can't travel, or don't have the budget or time to attend. Don't miss out, our on-demand coverage is the next best thing to being there.

Join IFIC and Watch the Conference LIVE and On-Demand

* Please note: All IFIC FULL Members will receive the login details for the live stream and video archive - these will be emailed to you before conference. 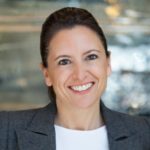 Jodeme joined The Change Foundation in April 2017 as Executive Lead, Strategy and Innovation. In this role, she is responsible for facilitating our strategic focus, creating more international relationships and examining opportunities beyond our current priorities to inform policy and practice in Ontario. She brings over 20 years of experience in the Ontario health care and health policy sector and is an adjunct lecturer and co-instructor at the University of Toronto’s Institute for Health Policy, Management and Evaluation. Most recently Jodeme was the Chief Strategy Officer, Senior Director of Strategy and Planning and previously Lead, Health System Integration for Complex Populations and Primary Care at Toronto Central Community Care Access Centre. In those roles, Jodeme worked locally and internationally with government, organizations and providers across the health system, clients and families. She has also acted as principal and co-principal investigator on a number of research initiatives to inform policy and practice in Ontario. Jodeme has been a groundbreaker in driving integration based on lived experiences of clients and caregivers, which has informed new models of care, influenced policy and has been used to inform care delivery in other countries. Jodeme’s leadership at the Toronto Central CCAC was instrumental in achieving the following awards:

Tine Rostgaard is a Research Professor at VIVE – Danish center for applied social science. She specialises in national and international policy analysis and evaluation of welfare and social care for children and older people. Tine holds a Ph.D. in Social Policy Studies from the Southern Danish University, Odense, Denmark, following studies at LSE, England, 2004. 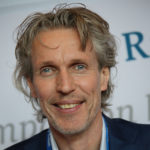 He received his medical degree, with honours, at Leiden University Medical Centre in 1993 and obtained his PhD degree in 1994. He trained as a neurologist between 1994 and 2000, also at Leiden University Medical Centre. He received additional training as a movement disorders specialist during fellowships at The Parkinson’s Institute, Sunnyvale, California, and at the Institute of Neurology, Queen Square, London. In September 2008, he was appointed professor of neurology, with movement disorders as special area of interest.

Professor Bloem is on the editorial board for several national and international journals, and has published over 675 publications, including more than 500 peer-reviewed international papers. He is past president of the International Society for Gait and Postural Research. He recently became an Officer (secretary-elect) for the Movement Disorder Society. From 2009 until September 2017, he was part of the board of ZonMw (The Netherlands Organisation for Health Research and Development). In 2011, he was elected the National Healthcare Hero by the Dutch Ministry of Health and Citizen of the Year for the city of Nijmegen in 2012. He has just been appointed to serve on the Executive Scientific Advisory Board of The Michael J Fox Foundation for Parkinson’s Research.

In 2002, Professor Bloem founded and became medical director of the Parkinson Centre Nijmegen (ParC), which was recognised from 2005 onwards as a centre of excellence for Parkinson’s disease. Together with Dr Marten Munneke, he also developed ParkinsonNet, an innovative healthcare concept that now consists of 70 professional networks for Parkinson’s disease patients, covering all of The Netherlands (www.parkinsonnet.nl). Because of the evidence-based quality improvement and significant cost reduction, ParkinsonNet has received multiple awards, including the Best Pearl for Healthcare Innovation prize in 2011. In 2015, ParkinsonNet was awarded with the Value-Based Health Care Prize.

Machteld Huber, MD PhD, former GP, became a researcher after her own experience as a patient. She formulated a new dynamic concept of health to replace the static WHO definition. In elaborating this concept she discovered the broad perception of health, as perceived by patients.

To honour the patients view and avoid confusion she named this perception ‘Positive Health’, which is visualized in six dimensions of a spider web. This approach meets broad recognition among professionals and patients.

In 2015 she initiated the Institute for Positive Health (iPH) to support the implementation of this concept in healthcare and public health. Machteld Huber was rewarded with the ZonMw Pearl in 2012 and elected as most influential person in public health in 2015.

Carole Ann Alloway is a retired Human Resources Manager, mother of four and grandmother of seven. Carole Ann became a full-time caregiver for her husband, Bill, who had ten operations in a 7-year period. During this period, Bill’s gastrointestinal issues progressively worsened, and he developed heart failure. She has witnessed first-hand the gaps in the health care and home care systems. Together with Sara Shearkhani, another caregiver, they have co-founded Family Caregivers Voice. Sara and Carole Ann receive invitations to speak at health conferences, hospitals, home care agencies, etc. to share their experiences, while raising awareness of the importance of making the caregiver an integral part of the health care team. Both Sara and Carole Ann work closely with The Change Foundation, Health Quality Ontario, the Ministry of Health and Long-Term Care, and various hospitals and Local Health Integration Networks. Carole Ann recently won a Heroes in the Home award from the Toronto Central LHIN. Carole Ann and Sara were recently successful in acquiring a $3M grant with Bridgepoint Hospital from The Change Foundation to improve the caregiver experience from hospital to home and beyond. Carole Ann is now working with The Change Foundation on a series of videos based on her Caregiver Wish List, in an effort to improve the caregiver experience in Ontario.

Family Caregivers Voice is a caregiver-led group dedicated to educating caregivers on their journey and educating the health care system on the importance of including caregivers in the conversation. They believe that by improving the life of the caregiver, the patient will achieve their best outcome. They work with healthcare professionals to engage caregivers in co-design of the system. Sara Shearkhani and Carole Ann Alloway are caregivers and co-founders of FCV, working with key organizations in Ontario (HQO, MOHLTC, The Change Foundation, local LHINs etc. ) to shed light on caregiver issues and have been featured in many articles and videos.